Starting around 800 A.D., the Vikings from the North Atlantic began exploring and settling the world from Spain to North America. In 874, Norwegian Vikings first settled in Iceland. It took another 50 years to form a national government, and then Iceland’s history is liberally dotted with violence over the next few centuries as it changed hands between Norway, Sweden and Denmark, before eventually gaining its independence in 1944. As in many countries, the rise of the Catholic Church and the enforcement of its religious doctrines was at the root of much of the war and violence that pepper Iceland’s history.

This slice of early Icelandic history is told through Sagas, or stories that cover different eras. For those interested in learning more about Icelandic history and the role of the Vikings in the settlement of Iceland, there are two key sites to visit in the Capital Region that cover this time period. 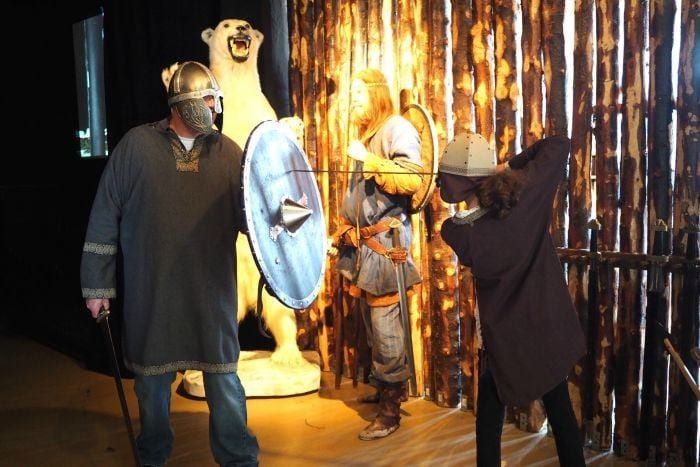 The first is the Saga Museum in downtown Reykjavik, just outside of the Old Harbour. As the name suggests, the Saga Museum tells the stories of the different sagas, from the time of settlement through the Reformation. Since we couldn’t visit a place as unique as Iceland without learning about its history, we stopped in at the Saga Museum after our puffin tour on our one-day in Reykjavik. 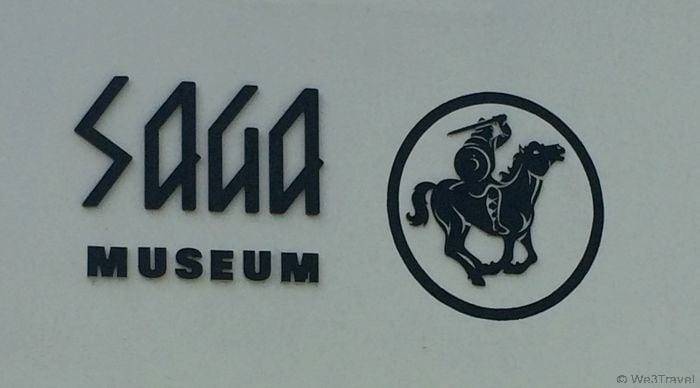 The museum is self-guided, and entry includes a free audio tour, which is available in five languages. There are 17 exhibits, which are dioramas with life-size figures arranged in a setting central to the Saga, from the first settlers, to the Celts in Iceland, the conversion to Christianity, the Black Death, and the first Icelandic martyr. As you can imagine, many of the scenes are bloody and some of the descriptions that go along with them on the audio tour are quite graphic and horrific. Not that history should be sanitized, but you will want to take care when visiting with young children. Altogether, the visit takes about 45 minutes to an hour. We would have preferred to skip ahead on the audio tour or just skip it entirely but the placards on the exhibits only tell a small part of the story. 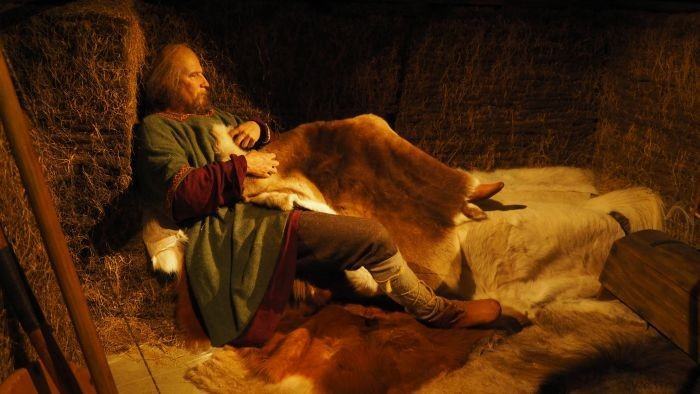 The best part of the museum is at the very end. Here, we had a chance to try our hand at being a Viking by putting on armor and trying out swords. Glenn certainly learned that chain mail is heavy! The museum was interesting, but graphic. If your time is limited, I would skip it and visit the Viking World Museum instead. 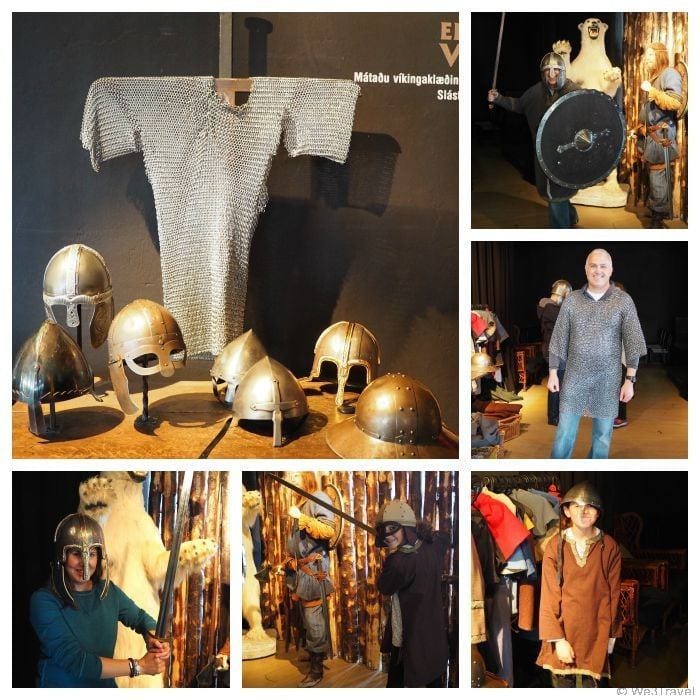 The Saga Museum is located at Grandagardi 2, 101 Reykjavik. Tickets are $16 for adults and $6.00 for children. 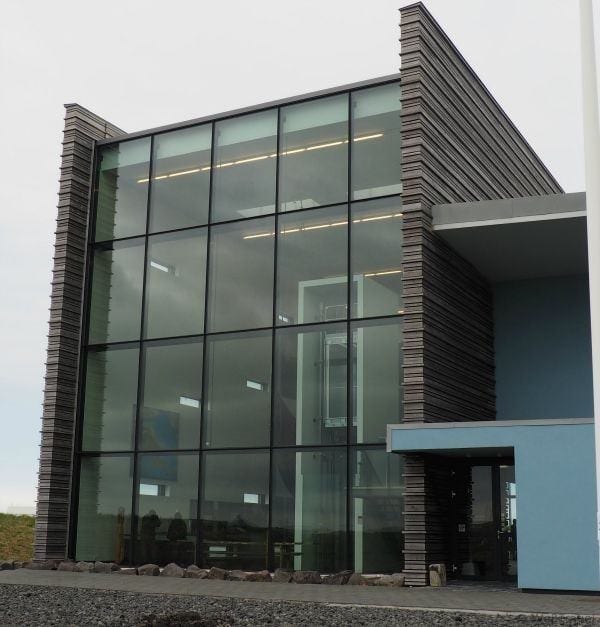 Vikingworld, which opened in 2009, is located about 45 minutes outside of Reykjavik in the seaside in the town of Reykjanesbær. It is very close to the Keflavik airport and should be a “must do” stop for families on the way to or from the airport. Viking world has five main exhibits inside a gorgeous, modern building with glass walls looking out over the Atlantic Ocean. Outside, you will find a “Viking playground” along with small petting zoo with the cutest floppy-eared bunnies, along with chickens, sheep, and other animals.

Inside, the main attraction is the Íslendingur (or Icelander), a Viking ship that was built in 2000 as an exact replica of an old Viking ship called the Gokstad ship, which was excavated from an ancient burial mound in Norway in 1882, which dated back to time of the settlement of Iceland. The builder, Gunnar Marel Eggertsson, sailed the Icelander to New York in the year 2000 to commemorate Leifur Eiríksson’s journey to the New World a thousand years earlier. At the museum you can walk under, around and even in the Icelander and as you do, you marvel at the courage of those that sailed it across the ocean — both in 2000 and back in the 870s. 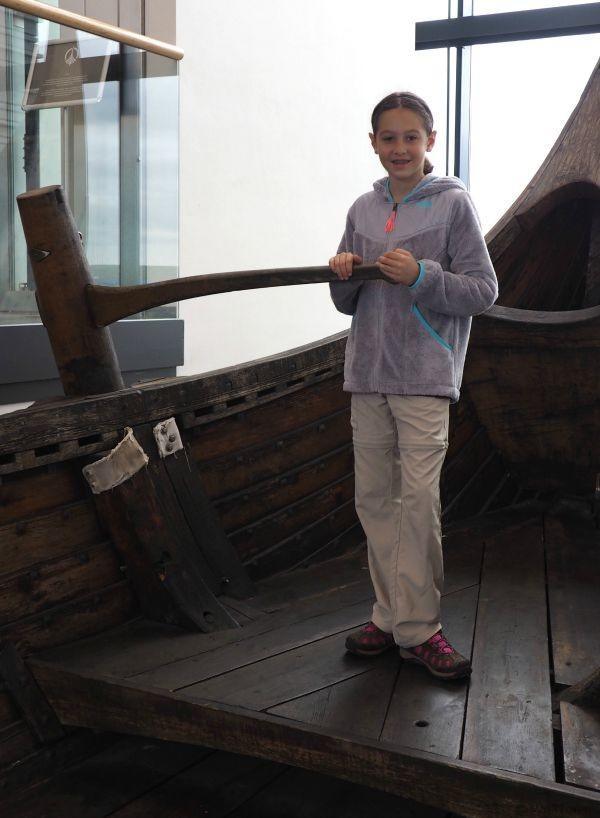 Surrounding the Icelander is a very thorough look at the Vikings of the North Atlantic, mapping their expansion throughout the world. This exhibit was produced in cooperation with the Smithsonian Institution as a part of the millenial celebration of Leifur Eiríksson’s journey to the New World. And, of course, you can try on some Viking swords, shields and helmets here as well.

Upstairs, we learned more about the settlement of Iceland and looked at remains found in the Suðurnes/Reykjanes region from the ninth century. You can also learn more about the Icelandic Sagas, but after visiting the Saga Museum, we decided to skip this section for the sake of time. What we did enjoy was the section on Norse mythology. The exhibition using visual arts, storytelling and music (via an audio guide available in four languages) to explore the world of the Norse gods and describe popular Norse myths. Since Rick Riordan has a new book series coming out soon focusing on Norse mythology, this was a good intro.

Vikingworld is located at Víkingabraut 1, 260 Reykjanesbær. Tickets are 1500 ISK for adults and children under 14 are free (yay!) 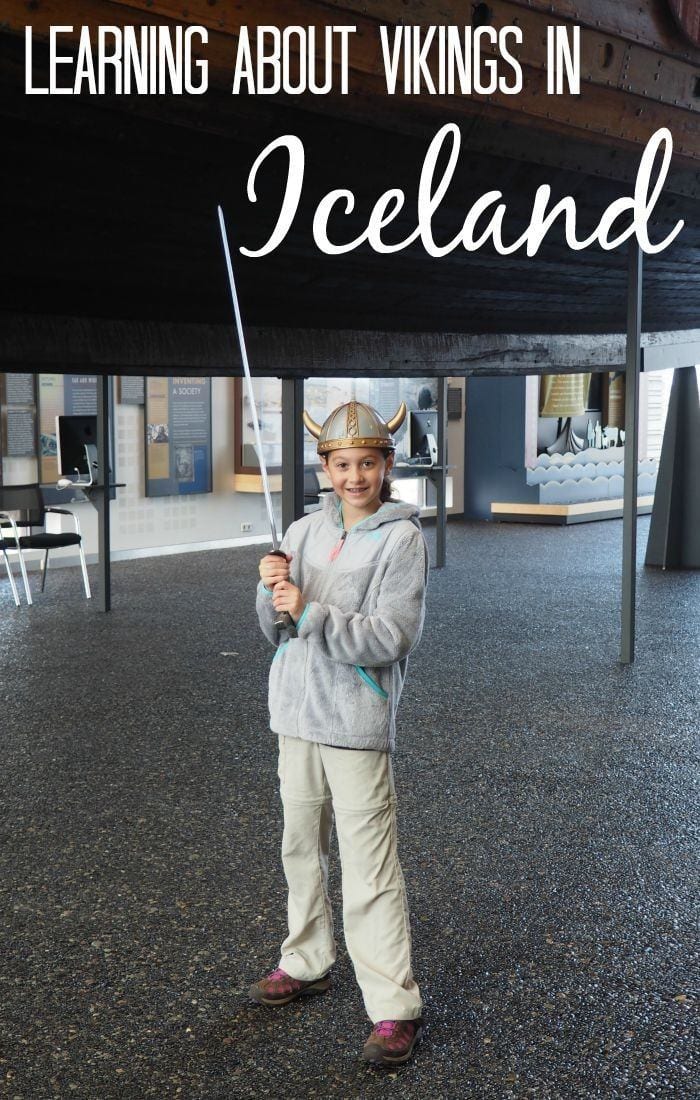 2 thoughts on “Learning About Vikings in Iceland”