Many filmmakers have capitalized on the beauty of Rome to shoot movies in the Eternal City – making the city a perfect destination for movie tourism. There are so many recognizable movie locations dotted throughout Rome — the Spanish Steps, the Trevi Fountain, the Vatican, the Pantheon, and the winding streets of Trastevere.

If you are a movie buff and get inspired by watching movies set in foreign cities, here are 10 movies to watch before visiting Rome. And, if you want to get even more excited about an upcoming trip to Rome, watch some of these movies before you go (or download them for the plane ride!)

This post contains affiliate links. If you may a purchase, I may make a small commission.

This classic featuring Audrey Hepburn and Gregory Peck has attracted many visitors to Rome. One of the most famous scenes of the meeting of Princess Anna and Joe Bradley occurs near the Spanish Steps (learn more about this beautiful square.)

Some of the other famous scenes in this movie include Piazza Barberini, the Embassy, the Colosseum, the Bocca della verità (Mouth of Truth), the Church of Santa Maria in Cosmedin, the Caffè Rocca, Piazza della Rotonda, the Pantheon, Castel Sant’Angelo, the Church of Trinità dei Monti, Via dei Fori Imperiali, and the flat at via Margutta 134, the elegant street where Joe welcomes Princess Ann.

Rome is the background of Alberto Sordi’s successful Italian comedy Un Americano a Roma. One famous scene was shot between Portico d’Ottavia and the Teatro Marcello in the heart of the Roman Ghetto. The film also features the Colosseum, where Santi Bailor, a guy from Trastevere, is obsessed with everything that is American. The evocative roofs of Via Margutta also serve as the background to a naked Alberto Sordi.

One of the most famous stops for any movie tourist is the eternal Trevi Fountain. The biggest fountain in Rome, water flows from the baroque shapes planned by the architect Nicola Salvi in the XVIII century.

In La Dolce Vita a sensual Anita Ekberg shakes her body in the fountain inviting Marcello Mastroianni to follow her. Fellini also rebuilt the Via Vittorio Veneto in the famous Cinecittà studios in Rome.

Angels and Demons with Tom Hanks is an engaging thriller that develops along the Capital streets and features its monuments as well as its more significant squares, from Piazza del Popolo to the Trevi Fountain. A high-speed pursuit scene was filmed on Corso Vittorio Emanuele II and other scenes were filmed in Piazza San Bernardo, Santa Maria della Vittoria, Via Torino, and inside Castel Sant’Angelo.

The Diocesi of Rome denied access to the churches of Santa Maria del Popolo and Santa Maria della Vittoria, but some internal scenes were shot at the church of Sant’Agostino and at the Angelica Library, near Piazza Navona. 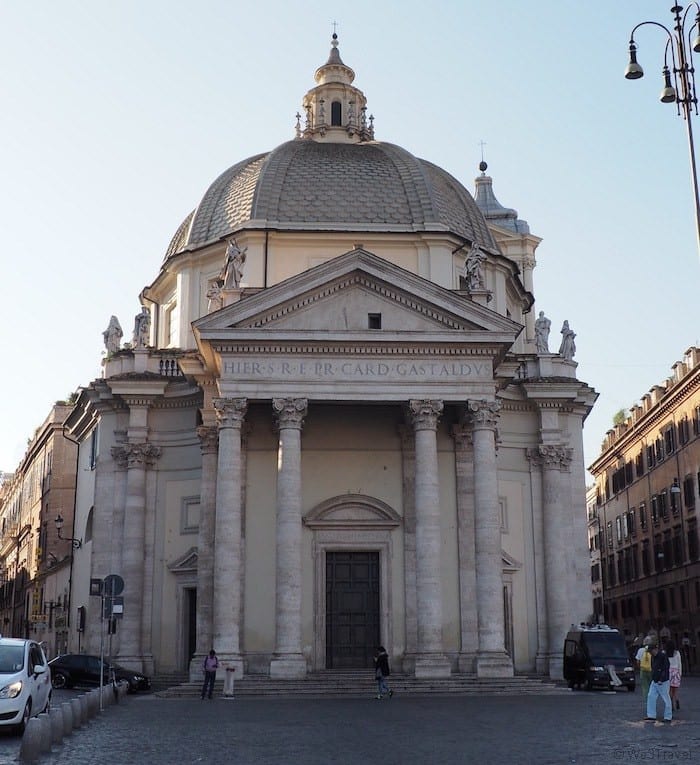 In Eat Pray Love with Julia Roberts, the protagonist lives in a flat in the city centre, nearby Via di Ripetta. Throughout the scenes set in Rome you will see views of the Spanish Steps, the splendid Piazza Navona, Campo de’ fiori, Trastevere alleys, Villa Borghese and via Condotti.

In The Talented Mr Ripley with a young Matt Damon there are scenes shot at the Roman Forum, The Capitoline Museums, Piazza Mattei (with its beautiful Turtle Fountain), the Spanish Steps, Palazzo Taverna and Piazza Navona.

Ocean’s Twelve with George Clooney, Brad Pitt and dozens of other Hollywood movie stars is the film that most of all made Rome crazy for the length of its filming. While parts of the movie were shot between Amsterdam, Paris, London, Berlin, Chicago, Illinois, New York, Los Angeles, Rome remained at the heart of the shots.

Scenes were shot at Termini station, behind Piazza Navona, in via di Santa Maria dell’Anima, then Campo de’ Fiori, between via dei Cappellari and via del Pellegrino. There was also a night set at the Altar of Heaven (Aracoeli), between the Capitoline Hill and the Vittoriano. The scenes were shot in the square down the Capitoline Hill where there is a small garden next the bus terminus.

People turning up to watch the filming caused quite a ruckus. Brad Pitt and Catherine Zeta-Jones filmed scenes at the Ciampino airport, the Pantheon, the Palace of Justice, Castel Sant’Angelo, Lungotevere and the Vatican.

Also the Pantheon was under siege with Brad Pitt and Catherine Zeta-Jones stealing the show just once, among dozens of extras like tourists, and real tourists milling around like spectators. Matt Damon was later “shot” on the steps of the National Gallery of Modern Art.

In this movie a New Yorker tries to steal some coins from the love fountain (inspired by the Trevi Fountain.) The fountain used in the film was actually fake and placed in the middle of Piazza Borghese for the movie set, increasing the fascination of the square.

The fountain was so perfect that it confused tourists who were walking by during the day and were tempted to throw a coin in it, even if the monument was not mentioned in their guides. The film also featured Piazza della Maddalena, the Roman Forum, the Spanish Steps, the Colosseum, the Pantheon and the Trevi Fountain.

This completely unrealistic glimpse of modern Rome brought much criticism from the Italian press and actors, but it brought Rome back to Hollywood. Scenes with actress Ellen Page were filmed in Allen’s beloved Trastevere, as well as at the Baths of Caracalla. Penelope Cruz’ character wandered around Villa Borghese (at the lake by the Aesculapius Temple), the archaeological area of Villa di Quintili, and many central areas of Rome.

The scenes with Antonio Albanese and Alessandra Mastronardi were shot in Piazza Mattei with a nice view of the Turtle Fountain. Others were filmed at Piazza Venezia, Via dei Fori Imperiali, the Colosseum, the Capitoline Hill steps at the corner with the endless steps of The Basilica of St. Mary of the Altar of Heaven (Aracoeli), the Spanish Steps, Piazza del Popolo, and Piazza Navona.

Rome has been host to many film makers, both Italian and from Hollywood, which is why so many landmarks look familiar to tourists. But not all of these were filmed on location. Its famous Cinecittà studios served as the backdrop to many films with full blown sets erected inside.

Planning a trip to Rome? 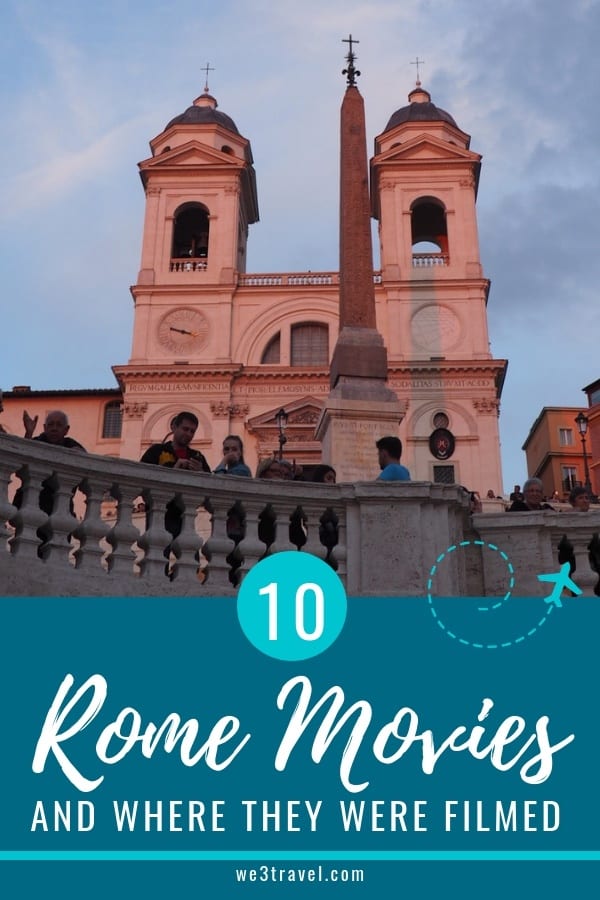 Do you have a favorite Rome movie?