When we visited Grand Teton National Park last summer, I arrived early from a conference in Texas and had the afternoon to scope out the town of Jackson Hole before the rest of the family arrived. Since we are foodies, my first order of business was finding out where to eat in Jackson Hole. I asked everyone that I encountered their favorite Jackson Wyoming restaurants and watering holes, and then set out to do some taste testing of my own.

My first stop in town had to be the town square with its famous antler arches. I’ve seen so many pictures of these, but I didn’t realize that there was one on each of the four corners. The small town of Jackson immediately charmed me. It has that nice mix of authentic western town with the upscale influence of being a major ski town and tourist attraction. You can take a carriage ride, saddle up to the bar at the Million Dollar Cowboy Bar (literally as the bar stools are saddles, just keep in mind that if you are visiting Jackson Hole with kids, they are not allowed inside), check out the cute shops and galleries, or fill your belly and any of the fine eateries around town. 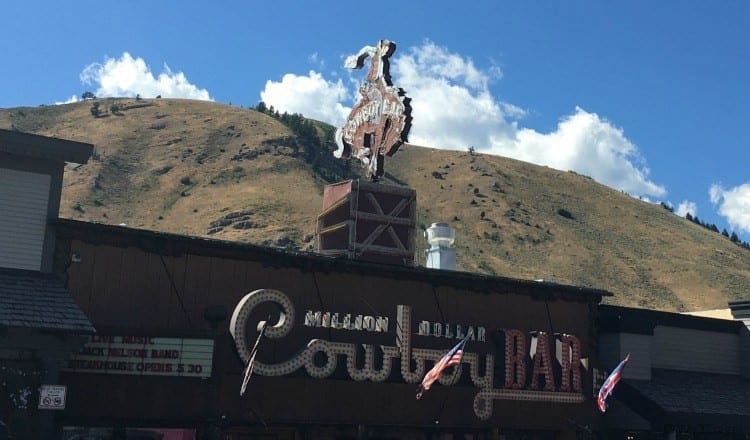 Where to Eat in Jackson Hole

Hatch Taqueria and Tequilas – My first stop on my search for the best restaurants in Jackson WY was Hatch, which offers fresh and modern Mexican cuisine. They offer indoor and outdoor seating in a fun and casual setting. The service was a little odd – mainly Eastern Europeans who didn’t seem to know much about the menu or local beers, but the food was good. I couldn’t decide on which tacos to get so I tried a few. These are small, authentic tortillas with modern ingredients. My favorites were the chicken Tinga and smoked brisket tacos. 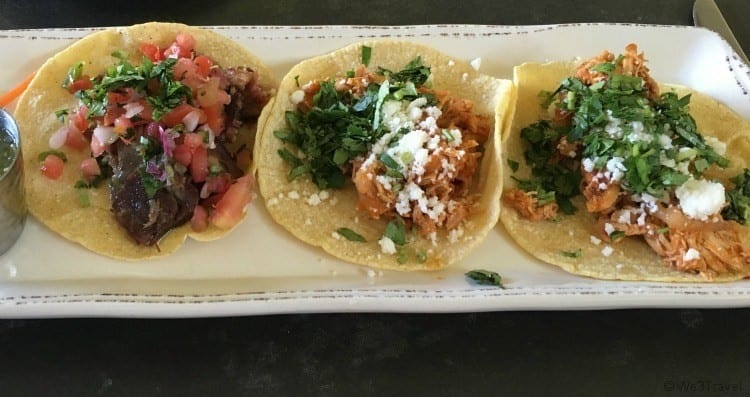 The Kitchen – The Kitchen came highly recommended as a nice, but casual option. Again, they offer both indoor and outdoor seating. Even with the heat lamps, outdoors seemed chilly so we opted to eat inside. The décor is modern yet has a very organic feel. The food was really interesting and wide-ranging. If you like spicy, the turkey spring rolls had a real kick. Our other favorites were the Pho and the Kitchen Burger. But leave room for dessert because the chocolate chip cookie skillet was absolutely amazing. For something lighter, try the mango passion sorbet. 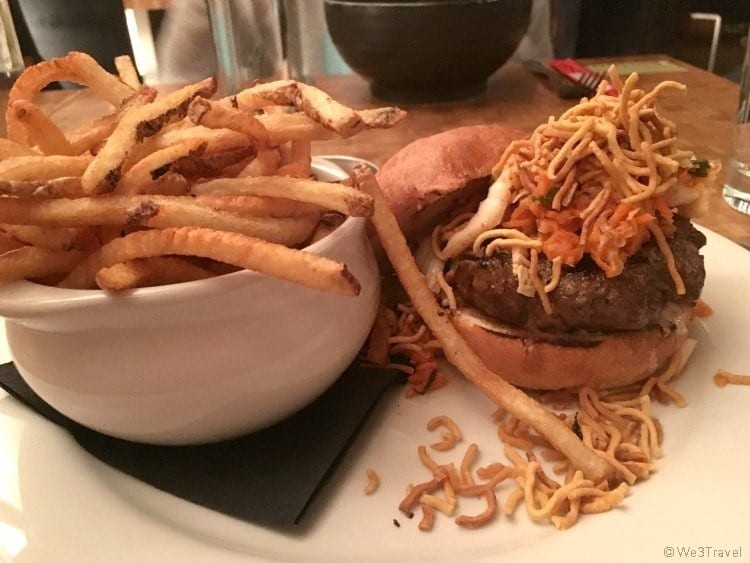 Cafe Genevieve – I was disappointed we didn’t get to try Cafe Genevieve because not only do I love a good breakfast, but Hannah’s friend Genevieve accompanied us on this trip so it would have been fitting. I was told they have the best breakfast around (and they serve it until 3pm.) If I return, I’m definitely trying their “pig candy,” which is thick applewood smoked bacon, coated with a blend of sugars and spices and has been featured on Food Network’s “Triple D” and “The Today Show”. I tried something similar down in Panama City and I’m determined to try to make it at home. 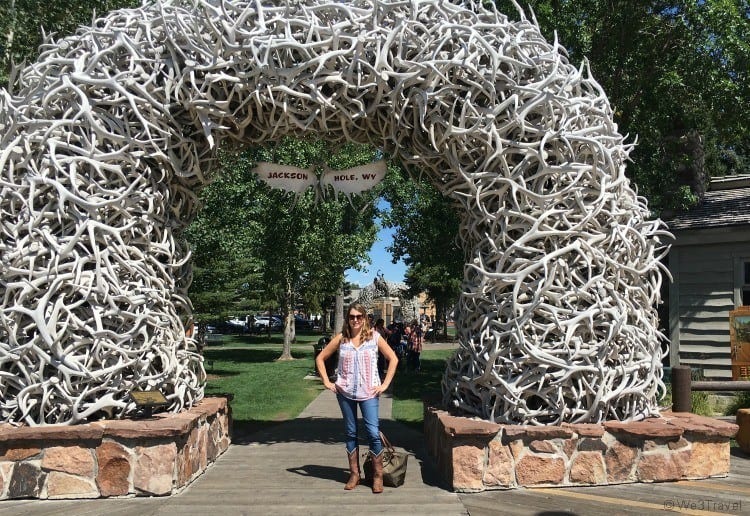 MacPhail’s Burgers – Since we were in the West, we also wanted to try some bison. Hannah was still lamenting not trying the bison fondue when we were in Quebec City. Misadventures with Andi had recommended the buffalo burger at MacPhail’s, and we saw they have been voted Best Burger in the 50 States, but we ended up getting ours in Yellowstone. Next time! 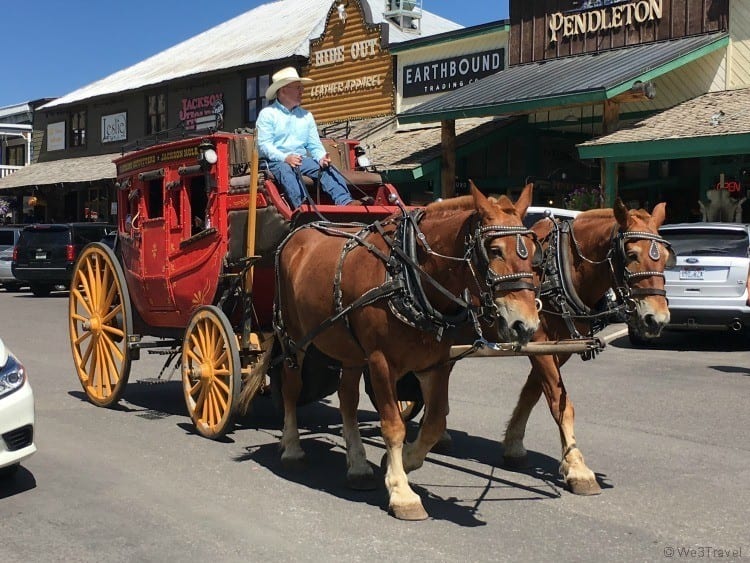 Bubba’s BBQ – This Jackson Hole tradition serves three meals a day, but we have been told by friends that the chocolate pecan pie is the thing to get at Bubba’s.

White Buffalo Club – Located in a hotel with luxury suites, locals told me this is where they go for an upscale meal in town. White Buffalo features steaks and some seafood.

Do you have any recommendations on where to eat in Jackson Hole? 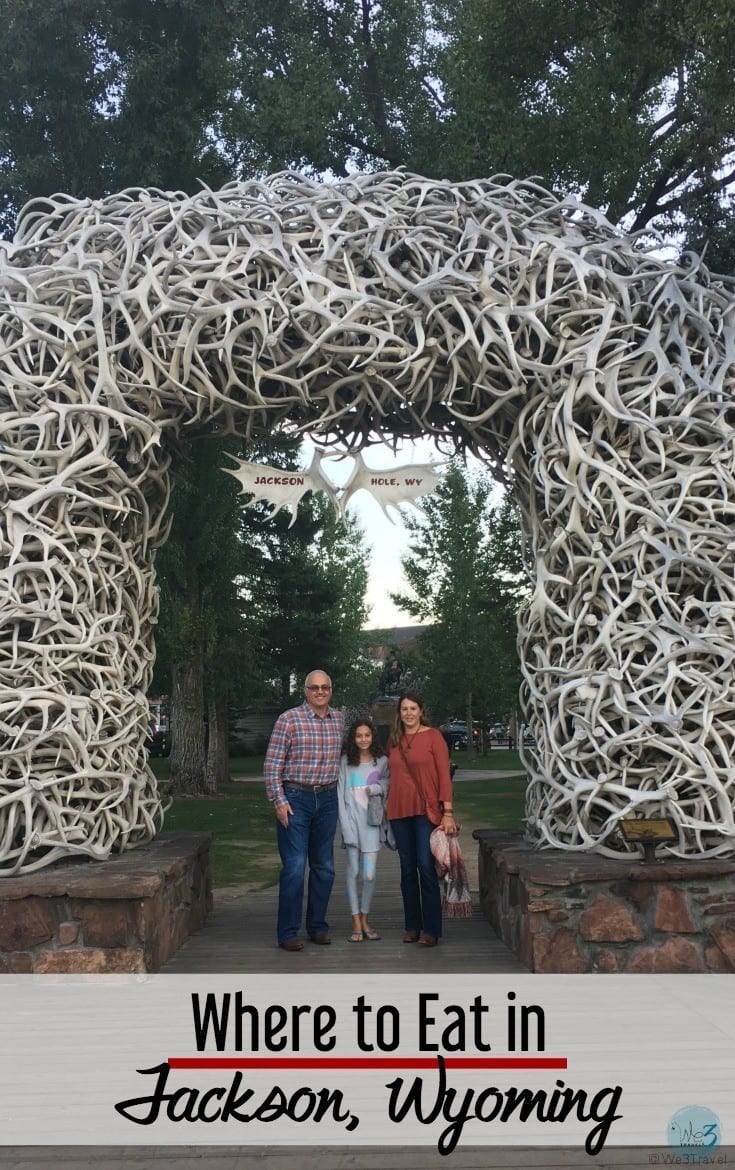 Note: This post contains affiliate links. If you click a link and make a purchase, I may receive a small commission.

7 thoughts on “Where to Eat in Jackson Hole, Wyoming”