Today’s post was sponsored by VisitBritain. All opinions are my own.

I used to be the kind of traveler that always knew where I wanted to go next. But then I started following all these great travel bloggers that introduced me to new destinations to add to my list. And reading travel websites, I also learned about new flights and great rates that made me rethink our travel plans. Like when WOW Air introduced $99 rates from Boston to Iceland. We had been thinking of visiting the Grand Canyon in 2015 but instead, we ended up in Iceland. Just as beautiful, just not nearly as hot.

Another destination that just popped onto my radar because of a new flight route is Newcastle and England’s North Country. In May, United Airlines introduced a five-day a week direct flight from Newark Liberty International Airport in New Jersey to Newcastle in Northern England. Now I love London but the next time I visit England, I want to explore the English countryside. This new flight makes travel to Northern England from where I live in the Northeast a lot easier. 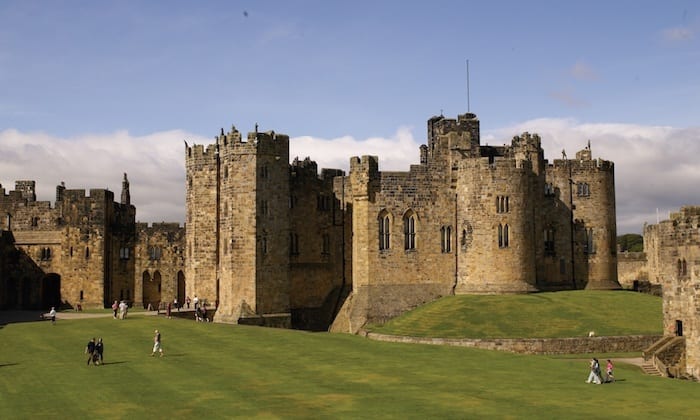 What to do in North England with Kids

As I researched what there is to do in England’s North Country with kids, I was surprised to find so many great attractions, including:

Durham City – For a little more history, just south of Newcastle is another World Heritage Site — the cathedral and castle in Durham City. The 1,000-year-old Cathedral is purported to be the greatest Norman building in England, and maybe all of Europe. The Castle, which is now part of Durham University, has been occupied since the 11th century.

Castle Bamburgh – I’d like to see the countryside around Hadrian’s Wall but I would also love to visit the gorgeous coastline and beaches, especially Bamburgh Beach. Voted one of Britain’s top 10 beaches, the sand here turns a pinky hue at sunset. It is also home to one of Britain’s best castles, which was once home to the Kings of Northumbria and has been sitting on its rocky outcrop since the 5th century AD.

Newscastle-Gateshead – I was surprised to learn that many music legends hail from Newcastle including Sting, Mark Knopfler (Dire Straits), and Lee Hall (writer of Billy Elliott.) That music tradition continues with a popular nightlife scene, but Newscastle-Gateshead also has world-class galleries and museums and architectural attractions like bridges over the River Tyne and the Angel of the North, a 200-ton sculpture that stands 20 meters high, where tourists like to pose on its giant feet.

For more ideas about what to do with kids, visit EnglandsNorth.com for suggested itineraries, biking tour ideas, and more.

This post was sponsored by Visit Britain. All images are courtesy of Visit Britain. The feature photo is  © VisitBritain/Joe Cornish. All opinions are our own. We thank them for their support.